If you're running an Outreach event that you'd like to tell us about, do contact our Outreach Manager Kate Wooding.

This years festival was a huge success with over 2500 people attending over the two days and at least 1600 of these were children. There were over 42 exhibitors including the RMS, who's stand featured the school binocular microscopes which were demonstrated by Peter Sainsbury, Owen Green and Marie Kokolski; they attracted a lot of interest from children, teachers and parents.

The RMS donated one of these microscopes as a prize for the competition winning primary school. This was won by Staplegrove Primary School from Taunton. 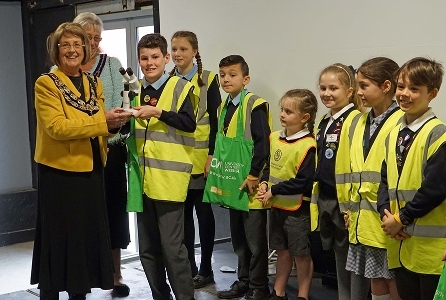 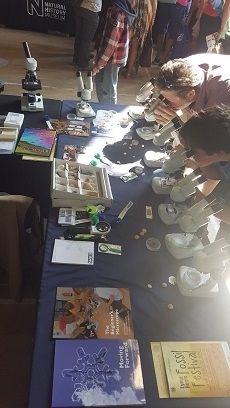 The RMS attended the popular Lyme Regis Fossil Festival for a third year, and was situated in the Hub as part of the Natural History Museum (London) attraction. The Microscope Activity Kit proved very popular, particularly as one was currently in the village school of neighbouring Charmouth. Children could find fossils by sieving sediment and then look at them using the RMS microscopes - an activity enjoyed by many of the parents as well. During the two days the Microsocope Activity Kit stand had over 450 visitors.