This initiative is a collaborative undertaking by three International Microscopy Societies (the Microscopical Society of Canada, the Israel Society for Microscopy and the Royal Microscopical Society) and it is supported also by the International Federation of Societies for Microscopy (IFSM).  This initiative has been developed as an international networking platform for expanding knowledge, sharing new developments, and exchanging best practices related to microscopy.  Our first joint project is a virtual lecture series featuring microscopists who have defined the field of modern microscopy by their groundbreaking work.  These virtual lectures mean we can engage a world wide audience.  These lectures are open to everyone, you do not need to be a member of a participating Society.  The zoom meeting will take place within the working hour bracket of the speaker and the host (who are not necessarily located within the same time zone themselves).  The lecture will then be made available a week later on the RMS YouTube channel and links will be posted on this webpage to those videos.  As an additional feature, a brief recorded video interview with the guest speaker will be released online (via the RMS YouTube channel) with the lecture announcement.  We are looking forward to having you join us. 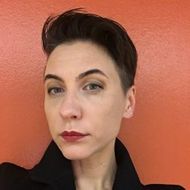 McGill University, Canada
Natalie received her PhD in 2014 from the Weizmann Institute of Science in the Department of Structural Biology (Israel). Her interest in bone – an archetypal, hierarchical material of high complexity – shaped her professional expertise in 3D imaging using electron microscopy and X-ray tomography. In 2018-2020 she worked as an applications specialist with a Montreal-based IT company (Object Research Systems Inc, ORS) that produces the software Dragonfly for multimodal imaging and image analysis. In her current capacity of an Assistant Professor in the Department of Bioengineering, McGill University (Canada), Natalie’s research interests are the following: i) Structural water and its role in the architecture and mechanical behavior of natural and engineered materials; ii) Pre-stress in natural materials, and its implementation in biomimetic materials; iii) Structure-function relationships in living organisms (animals and plants); iv) Biomineralization; v) 3D-imaging, and deep learning in image processing. 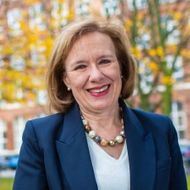 President of the Royal Microscopical Society

University of Manchester
Grace joined the University of Manchester as Director of the interdisciplinary Materials Research Centre and Professor of Materials Performance in the School of Materials in September, 2011.  She was also Director of the Electron Microscopy Centre from 2012 through 2016. Grace is a physical metallurgist for whom microstructural characterisation has always represented an integral and fundamental component of research into materials performance.  She obtained her BS in Metallurgical Engineering from the University of Pittsburgh, and her PhD in Metallurgy from Imperial College of Science and Technology where her SCC research work included analytical, high voltage and in situ electron microscopy.  Grace then joined the US Steel Research Laboratory where she conducted research on ferrous alloys including the use of atom probe field-ion microscopy as a complementary technique to AEM in the investigation of commercially important materials.

Subsequently, Grace joined the Westinghouse Science & Technology Centre where she applied of combinations of AEM and APFIM techniques to a broader range of nuclear and power generation materials.  In 1994 she joined the Bettis Atomic Power Laboratory in order to focus her research on the environment-sensitive behaviour of engineering alloys in nuclear reactors, and, in 2009, was the first woman to be promoted to the highest scientific position, Consultant.

Since joining Manchester, Grace has continued her to employ her established portfolio of advanced techniques to address a range of materials issues, returning to utilize in situ TEM  to now investigate precursor reactions of material degradation liquids and gases.  Grace was the 2005 President of the Microscopy Society of America and has been a Fellow of RMS since 1988. She is also a Fellow of ASM International, the Microscopy Society of America, the Microanalysis Society, IOM3 (UK), and TMS (USA). 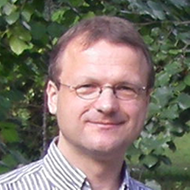 University of York
Roland is a Professor at the Department of Physics at the University of York concentrating on Nano- and Biomaterials using electron microscopy as well as various spectroscopy tools including Raman microscopy and X-ray techniques. He obtained his PhD from the University of Hamburg/Germany and the Fraunhofer Institute for Surface Science and Technology in Braunschweig/Germany. Roland has since built a large expertise in Materials Physics and Materials Science covering diamond thin films, metal/semiconductor nanostructures, nitride based light-emitting devices, metal nanoparticles for biomedical applications and biominerals using focused ion beam as a key method for sample preparation and analysis. Besides his interest in multi-lengthscale material characterization in 3D he is particularly focussing on in situ techniques to study mineralisation processes in liquid environments. 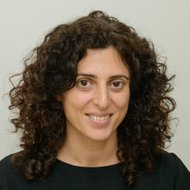 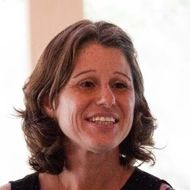 Natalie Elia, a biochemist and cell biologist, is a principal investigator at Ben Gurion University.  She studies how molecular machines organize in cells to execute their biological function. Specifically, her group is interested in understanding how the ESCRT membrane scission machine orchestrate the final separation between two dividing cells. She applies a combination of high resolution microscopy tools to resolve the structural organization of molecular machines inside their native environment. Her laboratory is based on an interactive feedback between advancement of microscopy techniques and basic cell biology research.

Natalie is a recipient of the Krill prize (Wolf foundation) for excellent in scientific research in Israel (2015).  Natalie received her PhD from the Hebrew University University, studying biochemistry and obtained her expertise in high resolution microscopy during her post doctoral fellowship at NIH. 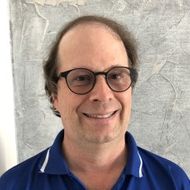 McGill University, Canada
Professor Raynald Gauvin received his Ph.D. in 1990 at École Polytechnique de Montréal in Metallurgical Engineering. He was then appointed as an assistant professor in Mechanical Engineering at Université de Sherbrooke where he became associate Professor in 1995 and full Professor in 1998. In 2001, he joined the department of Mining and Materials Engineering of McGill University, Montréal, Canada, as a full Professor.
Professor Gauvin's research interests are related in developing new methods to characterize the microstructure of materials using high resolution scanning electron microscopy with X-ray microanalysis and Monte Carlo simulations. He is the creator of the CASINO program that is used by more than 10,000 users in the world. He has more than 300 papers in scientific journals and conference proceedings. He was Invited Speaker in more than 100 international scientific conferences. He won several scientific prizes, most notably the 31st Canadian Materials Physics Medal in 2007 from the Metallurgical Society of the Canadian Institute of Mining, the Heinrich Award in 1997 from the Microbeam Analysis Society of America and the Prix d’excellence du président de l’École for the best Doctorate Thesis defended in 1990 at École Polytechnique de Montréal.
He was the President of the Interamerican Societies of Electron Microscopy (CIASEM) from 2009 to 2011, the President of the Microbeam Analysis Society (MAS) from 2005 to 2006, the President of the Microscopical Society of Canada (SMC) from 2001 to 2003 and the President of the International Union of the Microbeam Analysis Societies (IUMAS) from 2000 to 2005. He is currently the holder of the Birks Chair in Metallurgy and also of an Industrial Research Chair funded by Hydro-Québec and the National Science and Engineering Research council of Canada. He was awarded Honorary Membership of the European Microbeam Analysis Society in 2017 and of the Microanalytical society of America in 2019. 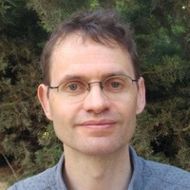 Weizmann Institute of Science, Israel
Lothar Houben is a senior research staff scientist at the Department of Chemical Research Support in the Weizmann Institute of Science (WIS) and is currently head of the Electron Microscopy Unit of the WIS. He received his PhD in physics from the Heinrich-Heine-Universität Düsseldorf in 1998. Before joining the WIS in 2015, he worked at the Ernst Ruska-Centre for Microscopy and Spectroscopy with Electrons at the Forschungszentrum Jülich in Germany. He was engaged in pioneering applications of aberration-corrected TEM. His main fields of interest are method development for quantitative atomic-scale microscopy and new approaches in cryo-electron microscopy for materials science. 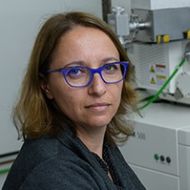 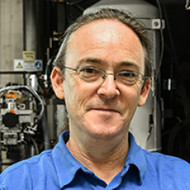 Chairperson of the Israel Society for Microscopy (ISM)

Technion – Israel Institute of Technology, Israel
Yaron received his PhD in 2007 from the Technion in the Department of Materials Science & Engineering. His PhD research involved the study of solid-liquid interfaces using in-situ Transmission Electron Microscopy. After receiving his PhD he joined the Electron microscopy center at the Technion Department of Materials Science & Engineering and now he heads the center.
Yaron’s research and microscopy/spectroscopy work mainly focuses on Transmission Electron Microscopy (TEM) and Scanning Transmission Electron Microscopy (STEM) accompanied by various spectroscopy methods. His microscopy work involves developing and applying advanced methods for quantitative analysis of S/TEM micrographs as well as methods for improving sample preparation for TEM investigation.
Yaron joined in 2013 the ISM board and served as the secretary for 4 years and since 2021 he serves as the ISM chairperson. 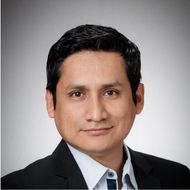 McMaster University, Canada
Maureen is an Associate Professor at the Department of Materials Science and Engineering at McMaster University. His research is focused on the study of nanomaterial properties using advanced imaging and electron spectroscopy techniques implemented in transmission electron microscopes. In particular, he investigates low-energy excitations (phonon, plasmons) and electronic transitions in novel materials with potential for infrared nanophotonics, heat transport, and quantum material applications. His group also develops novel methodologies for nanoscale material characterization (e.g. thermometry). Besides his interest in vibrational and electronic properties of nanomaterials using EELS, he has worked on temporal aspects of the inelastic electron scattering associated with collective excitations, quantum electronic transport, and mechanical elongation of nanostructures using in-situ TEM. He obtained his PhD in Physics from The State University of Campinas. He currently serves as Associate Scientific Director of the Canadian Centre for Electron Microscopy. 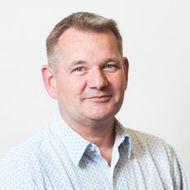 University of Bristol
Paul has been involved in electron microscopy since the start of his career and during that time he has developed a particular interest in the development and application of new imaging technologies, mainly in the field of Correlative Light Electron Microscopy (CLEM). He is very engaged in the imaging community such as BioimagingUK, being a founder of EM-UK with Pippa Hawes, and Work Group leader CLEM within the EU COST action COMULIS. He loves organising training events and as such has been involved in many (RMS and EMBO) courses. 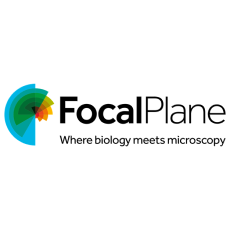