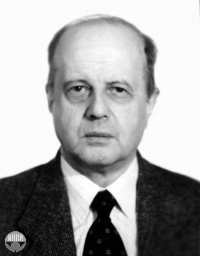 Professor Kiselev was based at the Electron Microscopy laboratory of the Shubnikov Institute of Crystallography, Russian Academy of Sciences. He was probably best known for his work in the study of the structural basis of protein biosynthesis on ribosomes for which he was awarded the Lenin Prize in 1986 and later an RMS Honorary Fellowship in 1993.

During his career he became President of the Russian Electron Microscopy Society and was a Corresponding member of the Russian Academy of Sciences. He was also involved in collaborative projects between his institute and the Materials Department of the University of Oxford and the MRC in Cambridge, respectively.

The RMS would like to offer their condolences to the family and friends of Professor Nikolai Andreevich Kiselev HonFRMS who sadly passed away on 17 September.