The RMS is very proud to announce the appointment of four new Honorary Fellows to the Society.

Honorary Fellowship is the RMS’s most prestigious accolade, reserved for those who have made the most outstanding contributions to microscopy or related branches of science throughout their careers.

The newly announced RMS Honorary Fellows are as follows:

They will each receive the Honour in 2021. 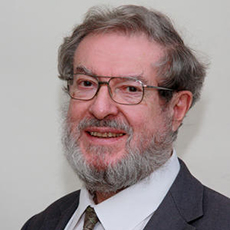 Professor George Smith is an internationally-recognised pioneer in atom probe field-ion microscopy. His contributions to the fields of Microscopy, Metallurgy, and Materials Science have extended over 50 years, leading to paradigm-shifting developments in both our scientific understanding of materials and in microstructural characterisation at the atomic scale.

Professor Smith's early research using field-ion microscopy provided fundamental understanding of atomic-scale structures, as well as the correlation of nano-scale microstructure with the behaviour of materials - both in terms of transformation behaviour and precipitation phenomena in metallic materials.  His extensive knowledge, expertise and his leadership in metallurgy/materials science and atom probe microanalysis resulted in the formation of prolific and extensive research programs studying phase transformations in alloys, segregation phenomena, irradiation damage, oxidation, semiconductors, metal matrix composites, and nanostructured materials.

Under Professor Smith’s guidance and direction, the Oxford Group made major advances in atom probe analysis – both in the technique and in data quantification/analysis – which impacted the assessment of complex microstructures.

In addition to his superlative research accomplishments Professor Smith is renowned as an outstanding educator and mentor, maintaining the highest ethical standards, and the highest regard for his students and colleagues. 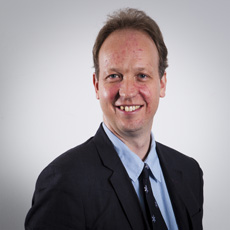 Professor Nellist is a materials scientist who has pioneered new techniques for atomic-resolution microscopy.

Viewing the arrangement of atoms in materials, and in particular at defects in crystals, is a key tool for explaining the properties of materials enabling the development of new materials.

Professor Nellist’s work has focused on scanning transmission electron microscopy and its application across a range of functional and structural materials. He is known for the practical implementation of electron ptychography which allows light elements to be detected while reducing beam-induced damage, and to the theory underlying quantitative image interpretation.

He has made fundamental contributions to the development of correctors for the inherent aberrations of electron lenses and their use for the three-dimensional imaging of materials. Professor Nellist is a Fellow and former President of the Royal Microscopical Society, a former board member of the European Microscopy Society and is a Fellow of the Royal Society.

He has been awarded the Burton Medal of the Microscopy Society of America and the Ernst Ruska Prize of the German Electron Microscopy Society. He also develops activities aiming to widen participation in science and promoting progression from schools to higher education. 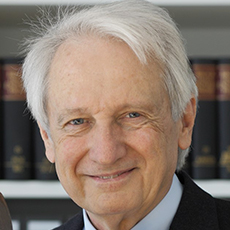 A true giant in his field, Professor Urban’s name will be forever associated with ForschungszentrumJülich, which under his leadership, first as Director of the Institute for Microstructure Research and then as inaugural co-director of the Ernst Ruska Centre for Microscopy and Spectroscopy with Electrons, has become one of the most influential and important centres for electron microscopy in the world.

Professor Urban’s accomplishments as a metallurgist, materials scientist and as an electron microscopy visionary, have been widely recognised by numerous prestigious national and international awards such as the Materials Research Society’s von Hippel Award or the Wolf Prize in Physics.

Perhaps most notably he recently shared the 2020 Kavli Prize in Nanoscience with microscopy pioneers Profs. Rose, Haider and Krivanek, all three RMS Honorary Fellows themselves, for “sub-ångström resolution imaging and chemical analysis using electron beams”. This recognition helped once more to shine a spotlight on the field of electron microscopy and its contribution to modern science. It is indeed his leadership in TEM, and his tireless advocation for and provision of the exceptional research environment at FZ Jülich that would make the development and implementation of aberration correction in the transmission electron microscope possible.

Professor Urban went on to oversee further methodological and technical breakthroughs in the field, such as the negative Cs imaging technique, now widely used by scientists worldwide. 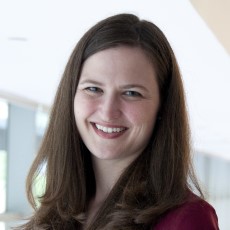 Dr Carpenter is an Institute Scientist at the Broad Institute. She has made an exceptional contribution to the field of microscopy, notably in the development of open-source tools and resources for image analysis and continued support of the microscopy image analysis community.

Dr Carpenter is the inventor-creator of CellProfiler, the open-source software platform for high-throughput biological-image analysis. This is now the gold-standard resource for analysis of cell-based high-throughput imaging experiments and high content analysis. As of September 2020 CellProfiler has been cited in over 9,200 scientific publications.

Dr Carpenter was an early pioneer of image-based profiling related to gene expression profiling but using microscopy images as the data source. Her lab were co-inventors of the Cell Painting assay, which is now widely used for this purpose. She also organises and maintains the Broad Bioimage Benchmark Collection, which is a collection of freely downloadable microscopy image sets that have been used in over 200 studies thus far. She is also a co-creator of the Scientific Community Image Forum – a public discussion forum for all questions relating to image analysis.

Dr Carpenter is an inspirational and highly-regarded educational speaker, presenting at international scientific workshops and meetings, contributing to online programmes such as the iBiology series, and at local schools and colleges.

Since establishing herself as an independent scientist, she has also supervised more than 40 postdoctoral staff and 20 graduate research students, many of whom have become independent faculty or group leaders in industry.

Dr Carpenter has been awarded numerous honours, fellowships, and research grants from the National Institute for Health, the National Science Foundation, and the Human Frontiers in Science Programme, and collaborates extensively to accelerate the use of images in the pharmaceutical industry.

Her commitment to providing researchers with useful software and creating supportive environments for those who wish to learn more about image analysis embodies the spirit of the Royal Microscopical Society’s aims to further the science of microscopy and to provide help to the community.