The Pearse Prize is a presitigious award from the RMS dedicated to histochemistry, established to honour the late Professor AGE Pearse.

It is typically awarded every 4 or 5 years (and not more frequently than every 2 years) and only then when it is felt there is a suitable candidate. It is generally regarded as one of the international honours in histochemistry and the life sciences, with an emphasis on microscopy.

A request for nominations will be made for a year as agreed by the Life Sciences Committee. The Pearse Prize will be awarded to a scientist who has made a valuable contribution to the development of new techniques or through the application of existing methods.

The name of each candidate must be accompanied by:

The Pearse Prize is awarded as a Medal, and the recipient is required to deliver a lecture to the Royal Microscopical Society.

The selection of the prize winner will be made by a committee of trustees consisting of the Chair of the RMS Life Sciences Section, and past Chairs of that Section. 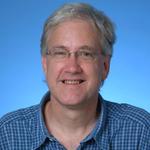 The 2018 Pearse Prize was awarded to Professor Klaus Hahn, who has consistently pushed the boundaries with his work examining protein activity within living cells.

Prof. Hahn has pioneered the design of biosensors and optogenetics to visualize and control signalling in living cells. His work was once rated among the “10 breakthroughs of the decade” by Nature Reviews Molecular Cell Biology.

Prof Hahn’s seminal Science paper (2000) was ground-breaking in the use of optical tools to detect localised Rac activation and has been cited 676 times. Subsequent Nature  and Science papers (2004, 2006, two in 2009, 2015 and 2016) led to a step change in the understanding of Rho family GTPase activation, function and spatio-temporal regulation in living cells.

The Thurman Distinguished Professor of Pharmacology is also founder and director of the UNC-Olympus Imaging Center. His lab continues to work at the cutting edge, developing novel molecular probes based on engineering allosteric networks in proteins. His work continues to benefit a whole generation of researchers - exemplified by the number of collaborative projects Prof. Hahn engages with and the high level of overall citation.

He received the accolade at the mmc2019 Congress, where he also gave a plenary talk.

History of the Pearse Prize Fund

The Pearse Prize and Lectureship Fund was launched in 1982 in honour of the considerable contribution made by Tony Pearse to histochemistry throughout the world. The idea was developed by Drs PJ Stoward and JM Polak who organised and edited a Festschrift to Professor Pearse on his retirement. The resulting book, Histochemistry: The Widening Horizons of its Application in the Biomedical Sciences was published by John Wiley. All the contributors, distinguished friends of Tony Pearse, generously agreed that the royalties be paid into a special trust fund to be administered separately by the RMS.

Professor Tony Pearse was the first Chair of the Histochemistry and Cytochemistry Section when it was formed in 1965. He was elected as President of the RMS in 1972 and served until 1973.