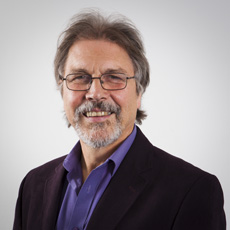 This award was created in 2020 to honour Professor Chris Hawes, former President of the RMS, for his contributions to the Society, and his particular contributions to Outreach and Education. Nominations and applications for this award are not currently open.

This award will normally be made to nominees who have made a substantial contribution either to the field of education, or to outreach and public engagement over the course of their career. Winners receive complimentary registration to a relevant RMS meeting where they will be presented with their award. They may be invited to produce an article for infocus magazine.

How to submit a nomination: 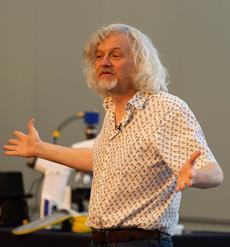 Marty studied Natural Sciences (Botany) at Cambridge University and completed a PhD in plant cell biology at the John Innes Institute in Norwich. He has worked in science television for more than 20 years, behind the camera as a researcher, prop builder, director, producer, executive and company manager. His career as a presenter spans the last 10 years as the science reporter on the BBC1 flagship programme, The One Show.

Marty has spent much of his time on stage performing at science festivals around the country and to audiences at prestigious venues like the Royal Institution, Cheltenham Science Festival, Edinburgh International Science Festival and BIG Bang Fair at the NEC - to name but a few. He is also the author of three science-themed books.

Since May 2018, Marty has been doing shows specifically on microscopy, as part of his role as an ambassador for Zeiss. To date, around 32,000 people have attended these performances in person, and more than 90,000 have watched online.

At mmc2019, Marty lit up the conference programme with an inspiring talk about science communication and the importance of bringing science to the general public in an engaging way.

RMS Honorary Secretary Education Kerry Thompson said: “Anyone who has seen Marty in action - whether on the television, conference platform or theatre stage - cannot help but be struck by his infectious enthusiasm for science and microscopy. He is a true advocate for science as a whole, and has inspired people of all ages to take a keener interest in the subject. I am delighted to announce Marty as the winner of this year’s Chris Hawes Award for Outreach and Education.” 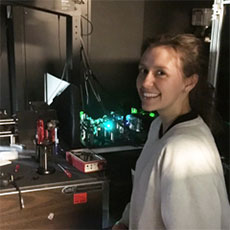 Alongside her outstanding research activities, Dr Culley has made many contributions of national and international significance in the education of optical microscopy and outreach, particularly with under-represented and minority groups.

Her most prolific outreach achievement is her conception and realisation of an international database of female researchers. She created the database to showcase and highlight female microscopists around the world and the specific areas of microscopy in which they specialise, to assist scientific and conference organisers in selecting excellent speakers for microscopy events while maintaining a positive gender balance.

This resource, supported by the RMS, gives the details of more than 360 female researchers working in all areas of microscopy and at all career stages. It has rapidly become the go-to resource for microscopy conference organisers worldwide, viewed over 10,000 times and notably used to excellent effect in identifying speakers for the RMS Frontiers in Bioimaging conference and annual ELMI workshops.

Less public but equally important is Dr Culley’s engagement in local and national outreach and educational activities. Notably, this includes her role as Ambassador for the ‘In2Science’ charity, which provides research opportunities to A-level students from disadvantaged backgrounds. She has supported several students participating in this programme, hosting microscopy-based projects at UCL, and has been directly involved in fundraising for the charity to widen access.

She has also given career talks at local schools to GCSE and A-level students, and has volunteered at activities including The Big Bang Fair at the Birmingham NEC in 2019 and at the MRC Laboratory of Molecular Cell Biology. Despite the relatively short time since her PhD award in 2015, Dr Culley has made a disproportionately large contribution to outreach and education in microscopy that benefits the whole community.

From inspiring the next generation of microscopists, through to providing resources for established academics, companies and learned societies, Dr Culley helps to promote a positive and inclusive learning environment, including the provision of open learning material via Figshare, where she has uploaded more than 100 slides that can be freely used for educational purposes.

Dr Culley has also been involved in the supervision of five PhD students, and has been invited to teach at several practical courses in optical microscopy. Such experience is not common in early career researchers, and it is testament to Dr Culley’s commitment to education and training that she is engaging in these activities at the earliest opportunity.

RMS President Professor Grace Burke said: “Dr Culley has made a tremendous impact within the microscopy and wider science community, and her wide-ranging contributions in promoting inclusivity through outreach and education have made a real difference to microscopists at all career stages. It is a real privilege to announce her as the first recipient of this important RMS award.”