If you are interested in sponsoring the International Microscopy Lecture Series, please contact the exhibition team at [email protected]

The Role of TEM in the Discovery of Quasi-Periodic Materials

We are pleased to announce that Professor Dan Shechtman will be giving a lecture entitled "The Role of TEM in the Discovery of Quasi-Periodic Materials" at 16:00 BST / 11:00 EDT / 18.00 IDT.  This lecture has been rescheduled following the postponement of the lecture due to a power cut.

Registration to this lecture is free.  If you were previously registered you will automatically be emailed details of the new zoom link.

Ahead of the lecture is an interview between Professor Dan Shechtman and Professor Ron Lifshitz. 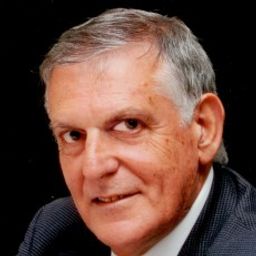 Dan Shechtman received his doctorate at the Technion - Israel Institute of technology in Haifa in 1972. Following 3 years of post-doc in the USA he came back to his Alma Mater and recently he has retired as distinguished professor. He was awarded alone the 2011 Nobel Prize in Chemistry for the discovery of quasicrystals.

Shechtman’s, at first, controversial discovery of quasicrystals and quasi-periodicity from 1982, fundamentally changed the way scientists look at solid matter, causing a paradigm shift in crystallography. Crystal structure of quasicrystals had, until then, been considered impossible by the scientific world. The structure that is mathematically ordered but not periodic. The Royal Swedish Academy of Sciences awarded Shechtman the Nobel Prize for the creation of a new cross-disciplinary scientific branch, enriching chemistry, physics and mathematics.
Shechtman’s current research efforts center on development of magnesium alloys for a variety of applications. Shechtman is also involved in educational projects. At the Technion he initiated and taught a class of technological entrepreneurship as of 1987.  More than 10,000 engineers and scientists in Israel took this famous program, and 25% of them were involved in startups. He also founded a scientific program for 5-year-old children and in 2011 he started to promote scientific education in the world. Each year, he delivers almost 100 lectures about his discovery of quasicrystals, as well as about the importance of science for the society, the significance of education and the importance of technological entrepreneurship for the wellbeing and peace in the world.

Dan Shechtman is a member of several Science Academies and he is also an honorary member of various professional associations around the world. Besides the Nobel Prize, he has also been awarded other prestigious awards such as the Wolf Prize in Physics, the Gregori Aminoff Prize, by the Royal Swedish Academy of Sciences, and the EMRS Award (European Materials Research Society).