The RMS Scientific Achievement Award celebrates and marks outstanding scientific achievements in any area of microscopy or flow cytometry for established, mid-career researchers. Nominees would normally be expected to have run their own research lab for more than 10 years. We expect to award up to five per year.  Applicants should be nominated by a colleague.  The award is open to applicants worldwide and will take the form of a certificate. This award is not open to Honorary Fellows. 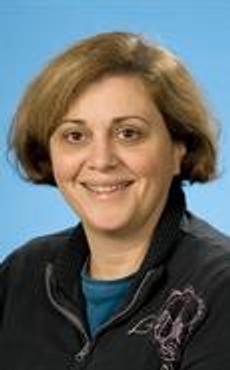 Marisa is an exceptional interdisciplinary scientist who has taken advantage of her physics background to deliver ground-breaking research in the life sciences.

Her innovative technique developments, together with her enthusiasm for sharing these with the research community, has ensured that her work has had an impact far beyond her own research area. Over the last 20 years Marisa has developed pioneering single molecule fluorescence microscopy methods for the characterisation of molecular structure of membrane receptor complexes in mammalian cells.

Her efforts to understand the structure and function of the Epidermal Growth Factor Receptor in cells have resulted in a number of important discoveries, solving decades-old puzzles in the EGFR signalling field and transforming our understanding of the onset of EGFR signalling and its role in cancer.

Marisa has delivered these and other methods to the user community by establishing the Central Laser Facility’s Octopus imaging cluster, at the Research Complex at Harwell. This has delivered access to a multitude of user groups and produced a multitude of high-profile publications.

It also provides both the instrumentation and deep expertise that enable both experienced and novice users to benefit.

RMS President Professor Grace Burke said: “It is a privilege to recognise Marisa’s achievements with this award. Her impact on bio-imaging and her multi-disciplinary approach have delivered new capabilities to the UK-wide community – not least through the exceptional facility she has developed at RCaH. The infectious enthusiasm and energy with which she goes about her work will no doubt continue to serve both her, and the wider microscopy community well for years to come.” 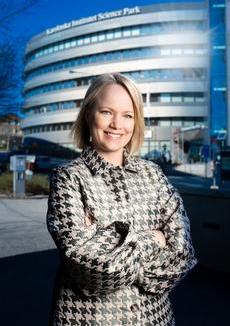 Emma is an extraordinary investigator who elegantly combines different fields ranging from proteomics to image analysis, computer science and microscopy. Her work has gathered international attention.

She has been the driving force behind the creation of the Cell Atlas - an open-access project sharing microscopic images of protein patterns, making proteomics a microscopy discipline. It is part of the Swedish Human Protein Atlas (HPA) programme. Recent work includes a single cell proteogenomic map of the cell cycle, where they discovered over 300 novel cell cycle proteins.

Emma is not only an excellent scientist but also an exceptional communicator, both with scientific audiences and the general public. Alongside an Icelandic gaming company and a Swiss start-up company, Emma launched a project to perform citizen science with a new twist. Making use of the massive amount of time spent on computer games, ‘Project Discovery’ is a scientific mini-game in which online players can aid the Human Protein Atlas by recognising protein expression patterns in the massive number of microscopic images integrated into the game visuals, mechanics, and narrative.

Launched in 2015, it was the first time a scientific project had ever been integrated into an existing computer game. To date, more than 300,000 people have played it, clocking up over 70 working years classifying images. Game website: http://www.eveonline.com/discovery.

RMS President Professor Grace Burke noted: “Emma is clearly an inspiration to others, and represents a new type of scientist and role model. In both her research activities and her outreach work, she has demonstrated the sort of pioneering qualities and innovative thinking that have always driven the best scientific advances. She is a truly worthy recipient of this award.” 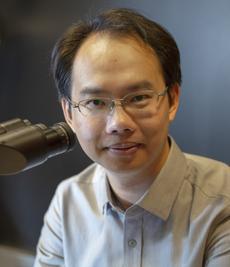 Professor Wei Min is an outstanding scientist and spectroscopist now focused primarily on novel approaches to microscopy and imaging. He has pioneered a series of revolutionary advances both in the development and applications of molecular vibrational imaging.

Having graduated from Peking University in 2003, Wei received his PhD from Harvard University in 2008 with Professor Sunney Xie. After continuing a postdoctoral in the Xie group, he joined the Faculty of Chemistry Department at Columbia University in 2010, and was promoted to Full Professor in 2017. He is also affiliated with Department of Biomedical Engineering, Kavli Institute for Brain Science, and NeuroTechnology Center at Columbia.

Optical microscopy has revolutionised modern science and technology, with two landmark innovations (green fluorescent proteins and super-resolution microscopy) being recognised with recent Nobel Prizes. However, the prevalent optical imaging modalities, such as fluorescence, infrared absorption and spontaneous Raman scattering, all have inherent limitations.

Going beyond these established methods, Wei has made pioneering contributions to the invention and development of stimulated Raman scattering (SRS) microscopy, and employed it to open up a broad range of biomedical applications.

In terms of instrumentation, he has devised advanced SRS microscopy and pushed its sensitivity down to single molecule level. SRS microscope was commercialised by Leica. In addition, Wei has designed and synthesised novel Raman-active probes exhibiting rainbow-like spectral ‘colours’.

With these technical developments, he has opened up a wide range of novel applications including bio-orthogonal chemical imaging of small biomolecules (such as lipids, amino acids, glucose and drugs), metabolic activity imaging in animals, and super-multiplexed vibrational imaging. The technique is being adopted by mainstream life scientists, as summarised in his comprehensive review “Biological imaging of chemical bonds by SRS microscopy” [Nature Methods 2019].

Wei is currently co-editing a 40-chapter book entitled “Stimulated Raman Scattering Microscopy: Techniques and Applications” with ELSEVIER. His work has been described as ‘launching a revolution towards next-generation optical imaging’.

RMS President Professor Grace Burke remarked: “For many years now, Wei has demonstrated his enormous skill as an experimentalist and microscopist. His vision to develop new imaging approaches that can impact our understanding of complex biological systems has opened up tremendous possibilities in the Life Sciences field, and he is both an obvious and fully deserving candidate for this award.” 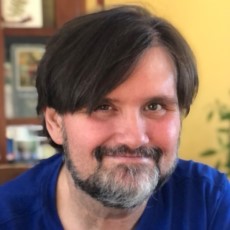 National Institute of Biomedical Imaging and Bioengineering at NIH, USA

Earlier this year, our first recipient of the RMS Scientific Achievement Award was announced as Dr George Patterson, of the National Institute of Biomedical Imaging and Bioengineering at NIH. Very sadly, George passed away shortly after learning about the award, at just 50 years of age.

RMS President Grace Burke spoke on behalf of the Society: “We were so sad to hear the news about George, who was taken away far too soon. George was a brilliant scientist and we are very proud to have included him amongst our award-winners this year. His passing has left a huge void in the scientific community, and our thoughts remain with his young family, friends and colleagues.”

George’s ground-breaking research focused on developing tools for applications to cell biology, including the development of probes, technical applications and software. Among his most notable achievements was his development of photoactivatable green fluorescent protein, while working at Jennifer Lippincott-Schwartz’s lab. He made essential contributions to the super-resolution technique, photoactivated localisation microscopy (PALM, Betzig et. al., Science, 2006), which later won a share of the 2014 Nobel Prize in Chemistry.

After taking up an independent position at the National Institute of Biomedical Imaging and Bioengineering at the NIH in 2009, George continued to develop new and improved genetically encoded fluorescent proteins for use as markers and sensors such as photoswitchable PSmOrange and photoactivatable red fluorescent protein.

He also contributed significantly to expanding the use of techniques for single molecule tracking with live PALM microscopy, and to improving both resolution and deep tissue imaging in multi-focal structured illumination microscopy, such as through incorporating two-photon imaging.

George’s publications have been cited more than 13,000 times, with an h-index of 31, demonstrating the significant contribution he made to many aspects of both technical advance and application to cell biology.